My Favorite Funny TV Shows To Watch When I’m Sad

Television has been a form of entertainment and distraction for decades now. Shows come and go, but their ability to make you feel something lingers. With all of the streaming capabilities we now have with On Demand, Netflix, Hulu, etc. we can watch shows even if they have already aired their final episode. These are my favorite funny TV shows to watch when I’m sad.

The Office has to be one of the best TV shows of all time. With plenty of seasons to binge watch, this is definitely an all-time favorite. Steve Carrell plays the irresponsible yet somewhat capable manager at Dunder Mifflin Paper Company, and the rest of the employees grow together in a series of hijinks, nonsense, and complete hilarity. They push the boundary of what is socially acceptable (usually in their case, not acceptable) and this is a show that can be watched again and again.

I didn’t think anything could compare with The Office, then I started watching Parks and Recreation, and my hopes returned as I was able to manage the slight sadness from the end of The Office. Another workspace, documentary/reality style TV show stars Amy Poehler as Leslie Knope, the Regional Director for the Parks and Recreation Department in Pawnee Indiana. She is the most enthusiastic person to ever work in any government position, and her colleagues help her make her work just that more fun (for all of us to watch).

Netflix or Comedy Central will almost always have comedy specials available, and there’s usually a comedian out there that will fit anyone’s style of humor. Listening to jokes and humorous stories are sure to get a laugh, and can surprisingly have a major impact on mood.

Any game show is a favorite for when I don’t know what to watch, but Steve Harvey makes this show one of the most popular Game Shows in America. His personality paired with some of the most ridiculous answers to sometimes (borderline) inappropriate questions can always help to cheer up anyone stuck in a funk.

This booklet includes links to supportive organizations for professional help as well as statistics and information about Depressive Disorders.

By subscribing you agree to receive updates from us, including newsletters, promotions, and events.

Another show that is shot in a documentary style, Modern Family has been around for almost 10 years. It shows the funny realities of American family life, and the parts of growing up, as the parent or the kid. With a straight, gay, and international couple, that area all one big happy family, there’s plenty of hilarity to go around.

Zooey Deschanel plays Jess, a sweet elementary school teacher who finds herself renting an apartment with three single guys as she moves on from a harsh breakup. Even though the apartment friends are considered adults, they definitely have some growing up to do. Nick is an underachiever who undersells his abilities and works as a bartender. Schmidt, who was an overweight kid growing up, obsesses over his social status and Winston, a former basketball player, returns home after playing in Latvia and adjusts to life back in the States. Along with Jess’s BFF Cece, they all become a very odd and happy family.

This telenovela inspired show on the CW stars Gina Rodriguez as Jane, who has been saving herself for marriage her entire life. Her mother had her at a very young age, and she has been setting up her life for success to make sure she doesn’t repeat her mom’s mistakes. Then, when her life seems to be going just as planned, she is accidentally inseminated during a routine appointment and becomes pregnant with her boss’s baby. As her life begins to turn into what seems like a telenovela, she has to rethink everything and decide what to do next.

Now, I don’t think this is a show for everybody as the main character is an alcoholic with a depressing past, and his celebrity lifestyle may be triggering for some, but any show that makes me literally pee my own pants, deserves a spot on this list.

Almost all of the characters in this show are animals, and the puns are limitless. It is literally a dog and pony show. This definitely takes a certain type of humor to enjoy, but with the season finale of Season 2, I just could not leave this one out. You can find it on Netflix.

A favorite from childhood, Adventure Time has a ton of episodes that border the creative and weird. It stars Jake the Dog and Finn the Human in a world of talking imaginary animal creatures. The series sadly had its final episode in 2018, but you can watch it on Hulu or Cartoon Network.

I mean, who doesn’t love Spongebob? The yellow sponge who lives in a pineapple under the sea has plenty of adventures with his best friend and starfish Patrick, annoyed neighbor Squidward, greedy boss of the Krusty Krab, Mr. Krabs, and Texas-raised, karate chopping squirrel, Sandy Cheeks. This show has been around for 20 years because of how lovable and odd our little yellow friend is.

How To Make Friends As An Introvert

5 Meditation Styles for Any Intention 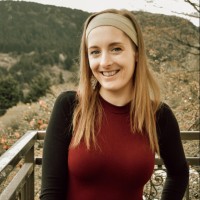